The Waterpolo Men's Team rewarded for their gold medal winning performance at the SEA Games.

Team Singapore clinched a medal haul of 84 Gold, 73 Silver and 102 Bronze medals at the 28th SEA Games which Singapore hosted after a 22-year wait. The contingent of 747 athletes led by Chefs de Mission Dr Tan Eng Liang and Mr Nicholas Fang, competed in all 36 sports and inspired the nation with 25 Games records, 29 national records and 74 personal bests and many other breakthrough performances.

The MAP rewards medallists of the SEA, Commonwealth, Asian and Olympic Games. Sponsored by the Tote Board family, recipients receive cash in amounts based on the major Games event and medal won.

Mr Tan Chuan-Jin, Minister for Social and Family Development and President of the Singapore National Olympic Council, graced the event as the Guest of Honour and presented personalised congratulatory cards to the medallists while Mr Fong Yong Kian, Chief Executive of Tote Board presented the awards. Mr Lawrence Wong, Minister for Culture, Community and Youth and Second Minister for Ministry of Communications and Information and the two Chefs de Mission joined them on stage.

Said Mr Tan Chuan-Jin to Team Singapore at the Ceremony, “The 28th SEA Games was indeed extraordinary for Singapore. The 29th edition is not too far away on the horizon, and I wish athletes who aspire to compete all the best in their preparations. We have seen new milestones set by our athletes such as Joseph Schooling and Quah Zheng Wen since the SEA Games. Well done, and I hope it inspires more athletes to aspire to greater things.”

"The 28th SEA Games was indeed extraordinary for Singapore. The 29th edition is not too far away on the horizon, and I… 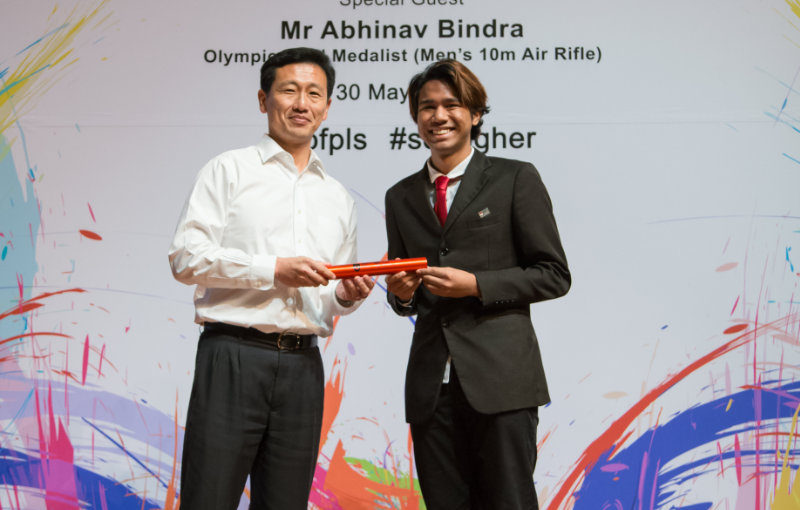 Dribbling through the odds

The wrestling brothers ready to rumble