The quiet ninjas behind Team Singapore

What does it take to send Team Singapore for a major Games? We take you behind the scenes in this first of a two-parter.

Balls, balls and more balls. Nicole Chua works around them all day and their weight can drag her down in the day and keep her up at night.

“When we go to certain places such as the Middle East, airlines might charge us as much as $25 to $40 per extra kilo of baggage,” she said.

But neither the bowlers nor their beloved balls are left in the gutter. A quiet contingent toils behind the scenes before every major Games which Team Singapore goes to, ensuring no ball is left behind, no athlete is neglected and no minutiae is overlooked.

As the folk in charge of welfare, support and the not-so-sexy logistics, these officials form the backbone of Team Singapore, making sure athletes focus on what they do best: elite sports performances in exchange for the tune of a Majulah Singapura.

For bowlers, waivers are worked out with airlines. As the Singapore National Olympic Council’s (SNOC) and also SBF’s partner, Singapore Airlines support them during the major Games overseas competitions.

The SNOC has bargained for 800kg of baggage for the team for the upcoming Southeast Asian (SEA) Games in the Philippines.

“We have been given baggage waivers of up to a tonne before,” Chua added, no doubt pleased.

Their work goes way beyond that. The quiet ninjas of SNOC, Singapore Sports Institute (SSI) – Sport Singapore’s performance training arm – and the National Sports Associations (NSA) share what goes into the preparation for every major Games.

Setting up the health hub

Dr Frankie Tan is the man keeping Singapore’s athletes in peak condition. His job scope includes research and development to improve their performance.

Whenever a major Games rolls around, the head of SSI’s Sport Science and Medicine Centre can also be found on site to ensure a professional medical setup.

His 61-strong team of sport scientists and medical experts for this year’s SEA Games is Singapore’s largest for any major Games.

“Having (the Games in) three big clusters (Clark, Manila and Subic) makes travelling challenging,” he said. “So I had to increase my support staff, many of whom are volunteers from local hospitals, to cope with our restricted movement.”

Early this year, he made multiple trips to the Philippines to assess hospitals in each cluster, such as whether they are reputable and how accessible they are in case of emergencies.

“We need to know if hospitals are prepared to deal with more serious injuries that require intensive care,” he explained.

But his pre-Games work overseas is not done. He will head to Clark early to check on the Games Village medical centre setup before going to Manila to do the same.

“A lot of space is needed for the equipment. Together with the secretariat, we look at the Games Village or hotels with rooms big enough to place massage beds and set up a makeshift lounge and recovery bar,” he added.

Home away from home

Much of this movement is facilitated by SSI senior manager Tan Shufang and her colleagues, who provides secretariat support in major Games planning. This covers accommodation, crisis management and transport, among other things.

Like Dr Tan, she visits the host city multiple times prior to every Games. Her experience in assessing the ground is crucial as she helps decide where to house the support staff – accredited athletes and some officials are allocated accommodations.

Hotels with tight security that are close to the Games Village and supermarkets rank high on her list.

“We need to be near the athletes to provide optimum support. Preferably, we want hotels in quiet areas that have key card access and 24/7 security,” said Tan, who has planned for 16 Games in ten years. “Accessible supermarkets are also important because we need to prepare food in cases of food poisoning.”

When accommodations are settled, planning transport routes follows. Once the venues of each sport are confirmed, she has 24 to 48 hours to plan for the athletes’ safe and punctual arrival. Information such as the driver’s name, vehicle number plate and route are collected before Team Singapore is sent off each day.

“Sometimes our assigned transport does not show up, which is why we have rental vehicles and alternative plans on standby,” added Tan. “Once, we even had to get our athletes to ride with another contingent who was heading to the same venue.”

Meanwhile, the work continues back home. While SSI’s secretariat puts plans into motion, SNOC director of projects Antony Lee manages it all. He prioritises well-planned flights to minimise travel issues.

“When you look at the number of people we have to plan for, every small issue has the potential to multiply a hundred times,” he said.

Lee scrutinises the airport’s size – distance between connecting gates is a factor – and checks if a particular airline is prone to strikes.

For last year’s Youth Olympic Games in Buenos Aires, tour agents recommended transiting in Europe but he was unsatisfied with the short turnaround time. He chose to connect in Auckland, New Zealand, instead.

“It was unconventional. We had a longer layover but we got the lounge where the athletes could rest, eat and have access to Wi-Fi,” he said. “Sometimes tour agencies’ recommendations may not be what SNOC requires.”

Different sports have different baggage requirements as well, so he has to factor in the excess weight and odd sizes of equipment such as sails and rifles.

By acquiring waivers and special requests on flights, he ensures that athletes are able to use their familiar equipment overseas.

All these preparations cannot be done by SNOC and SSI alone. They also count on their biggest allies, the NSAs, for help.

Secretary-General Chan helms a mandatory meeting with team managers before each Games, stressing on safety guidelines such as going out in pairs and not flashing expensive items.

Team managers also get their charges to constantly share their whereabouts to keep tabs on their safety. “I rely a lot on them to manage contingencies and relay information to their athletes because I want the athletes to focus on the competition,” said Chan.

He does not leave safety to chance and draws up security and contingency plans a year before any Games. If any contingency plans are activated, their effectiveness would be assessed after the competition and fine-tuned for the next one.

“It’s tedious to have all these plans, but documenting their use will help us be more prepared for emergencies,” noted Chan. 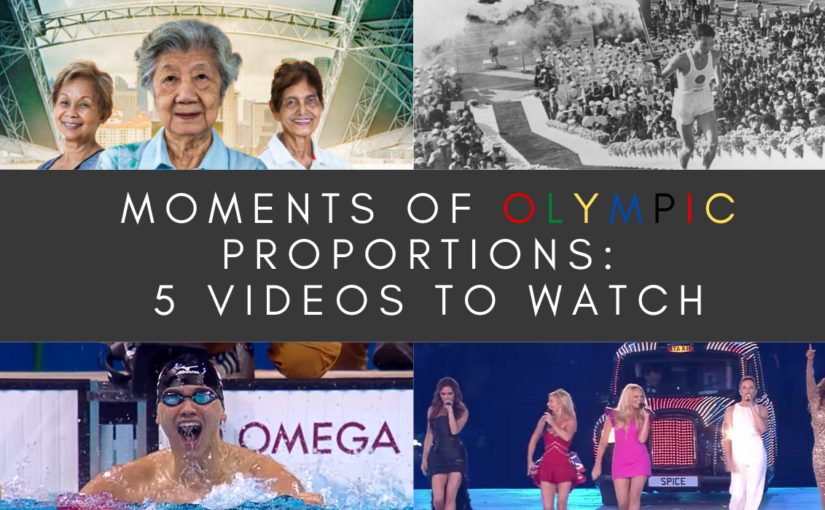 No sports, no problem – How Singaporean Angelita Teo is changing the Olympics

Sports photographers, send in your best shot for the Sports Awards!